Killing In The Name Of are fueled by a powerful vision, and the desire to engage the people on at their intellectual and emotional core. With rhapsodical showmanship and world class musicianship, they capture the essence that is Rage Against The Machine.


Acclaimed as “the best Rage tribute band in the world” by Vancouver’s own 99.3 ‘The Fox’ fm radio station, Killing In The Name Of is dedicated to doing just what their name suggests,killing it in the name of ‘Rage’.


Describing themselves as fans first and independent artists second, Ghosty Boy, Josh, Joe and Jud repeatedly deliver their bombastic live performance to sold out crowds, earning them their reputation as the leading Rage tribute band.


Their undeniable passion for bringing legendary music to the masses makes every performance an unforgettable experience and gives fans an opportunity to reclaim some of the most powerful
and influential moments in music history. 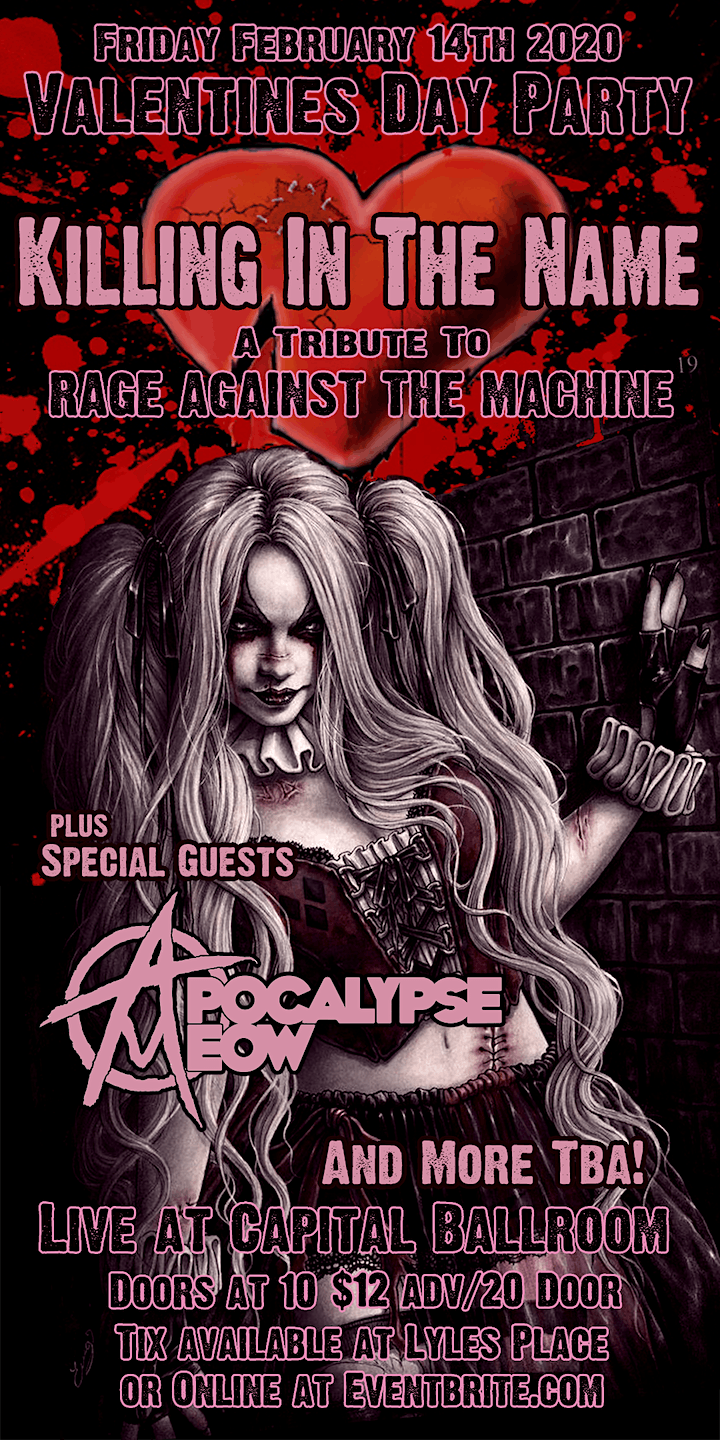 Capital Ballroom
858 Yates St, Victoria, BC, CA
Event from
eventbrite.com
Are you an event organizer?
Create events for free. They will be immediately recommended to interested users.
Create event

eventbrite.com
Are you an event organizer?
Create events for free. They will be immediately recommended to interested users.
Create event
Check out other events in Victoria

Stay updated on VALENTINES DAY w/ KILLING IN THE NAME OF A Rage Against the Machine Tribute and find even more events in Victoria.