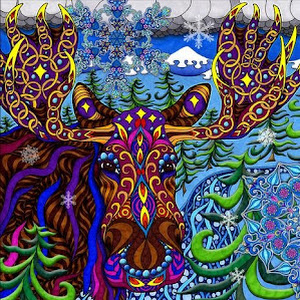 Join us for an afternoon with Findlay Napier, from Glasgow to Kelowna!

​He now turns those same supreme songwriting and storytelling gifts, allied with magpie-minded imagination and truly magnificent vocals, to his adoptive home town, on VIP’s hotly anticipated follow-up, Glasgow.Napier’s own song craft today vibrantly reflects this increasingly rich stylistic melting-pot – a mix he’s played no small part in creating, especially the cross-fertilization between Glasgow’s folk and indie communities, as both co-host of a long-running open-mic night, and promoter of the decade-old Hazy Recollections concert series. In 2016, too, Napier launched the Glasgow Songwriting Festival, a weekend of workshops and performances which completely sold out its inaugural outingDespite these ecumenical enthusiasms, Napier himself remains happy to identify as a folk singer – even if he does enjoy stretching the term’s already elastic parameters. “I do fit that one-guy-with-a-guitar template,” he says. As well as calling himself a folk singer, he simultaneously aspires to another, likewise timeless role: “I do love that old-fashioned, all-round idea of an ‘entertainer’ - I think it’s a brilliant thing,” he says. “But then that’s totally what the best folk singers are&semi; they’ll have you in absolute hysterics, in between punching you in the gut - people like Loudon Wainwright, John Prine, Michael Marra: that’s the absolute pinnacle, as far as I’m concerned.”"He's good and he's really funny too! He's got that classic brilliant banter with the audience as well. Lovely to hear the storytelling in the songs as well as inbetween. A wonderful cacophony of bizarre and brilliant tales of real people." Edith Bowman- BBC Quay Sessions"ALBUM OF THE YEAR... Apart from a couple of fine traditional arrangements, it is the songwriting and voice of Findlay Napier that makes this album special. Some may call it contemporary, but it is a beautiful amalgam of Scottish soul, funk and folk. Findlay’s voice is as warm and comfortable as a well-worn leather jacket.Out All Night is an awesome album." Irish American Times“ ★★★★ Album of the Week: Napier is a warm, witty and engaging singer with a real gift for melody" The Sunday Express

Tickets are $25 and include a welcome drink.

The Vibrant Vine Winery
3240 Pooley Road, Kelowna, V1W 4G7, BC, Canada
Event from
showpass.com
Are you an event organizer?
Create events for free. They will be immediately recommended to interested users.
Create event

showpass.com
Are you an event organizer?
Create events for free. They will be immediately recommended to interested users.
Create event
Check out other events in Kelowna

Stay updated on From Glasgow, Scotland! Findlay Napier and find even more events in Kelowna.